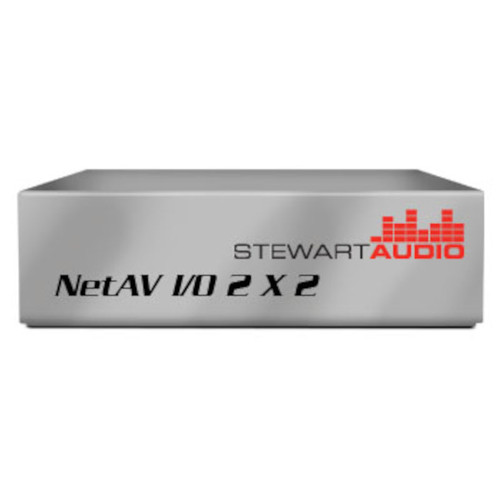 The NetAV I/O 2x2 is a simple digital on or off ramp for Dante™ applications. With the world fast moving into the digital age there remain plenty of legacy devices that are analog, the NetAV I/O 2x2 is the easiest way to bring them into the digital realm. With two balanced analog inputs (line level, Mic and 24V phantom power) that are automatically encoded, any analog audio signal can be made available to the network. By the same token any Dante™ signal on the network can be converted to an analog output (2 channels) for use by legacy devices requiring an analog signal. This solution makes the use of Dante&trade audio even more flexible by integrating existing analog equipment into the design. One the many benefits of using a Networked Audio systems is the ability to route signals to anywhere on the network, the NetAV I/O is a critical bridge device at the edge of the network conveying signals on and off.