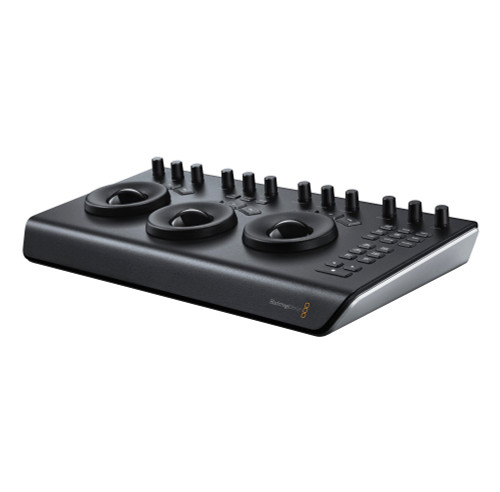 Use the DaVinci Resolve Micro panel for more control and a faster workflow than you can achieve with a keyboard and mouse setup. Features include three high-resolution, weighted trackballs and 12 control knobs to access color correction tools, and 18 keys to access commonly used grading functions and playback controls. The Micro panel is recommended for editors and colorists looking for a portable control surface.

USB 3.0 Type-C interface lets you connect the Micro Panel to a computer or laptop to power the panel. Connected laptop or computer must be running DaVinci Resolve 12.5.5 or DaVinci Resolve Studio 12.5.5 or later for the panel to work with Resolve. It also works as an interface with Mac, Windows, and select Linux systems.

When the control panel is small enough to take with you, color correction on location is always possible.