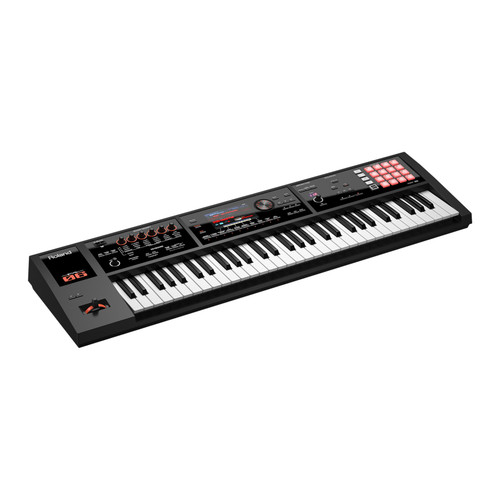 Roland's FA series completely reimagines the music workstation, streamlining it for effortless real-time power, ultra-fast workflow, and maximum versatility. Each model in the series features a massive sound collection, studio-quality effects, and expressive real-time controls, plus onboard sampling with zero load time for instant playback from 16 pads. An integrated sequencer offers simple operation and non-stop loop recording, and you can easily export tracks for further development with your DAW.

Packed with over 2000 tones inherited from the INTEGRA-7, Roland's flagship pro sound module, the FA series offers a huge palette of high-quality sounds for virtually any musical style. All of the INTEGRA-7's SuperNATURAL synth and XV-5080 PCM tones are on board, plus an essential collection of expressive SuperNATURAL acoustic tones that include pianos, organs, bass, strings, and many others. And with the newly added Tone Remain function, you can switch sounds seamlessly with no notes or effect tails being unnaturally cut off.

The FA series' intuitive 16-track sequencer has been designed to let you capture your inspiration as it happens. In a flash, you can build a full arrangement with the instrument's huge array of sounds. And with continuous recording in loop mode, you're able to fill up all 16 tracks without ever stopping! In addition to real-time capture, step recording is also possible, and you have complete control to edit and mix your tracks as you go and save songs as stereo audio files to an SDHC card.