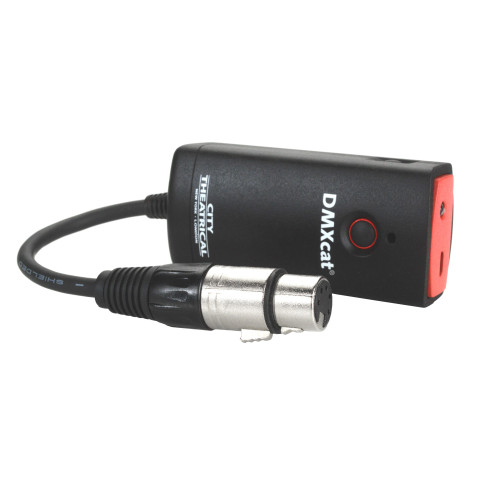 City Theatrical‘s DMXcat® system is designed for use by the lighting professional who is involved with the planning, installation, operation, or maintenance of theatrical and studio lighting equipment. The system consists of a small hardware interface device and a suite of mobile applications. Together, they combine to bring DMX/RDM control plus several other functionalities to the user’s smartphone for use wherever and whenever they are needed. Developed with input from designers and technicians, the DMXcat is an indispensable tool for lighting users.

DMXcat’s new Multi Fixture feature includes a patch that can be implemented to group and control lighting fixtures together to save time and improve workflows. This patch also allows users to assign numbers to channels or fixtures, which can be useful in creating a consistent and simplified numbering system between creative and technical teams of a given production or installation project. DMXcat users can use the patch to save, name, and re-load setups across various rigs, for use on future projects.