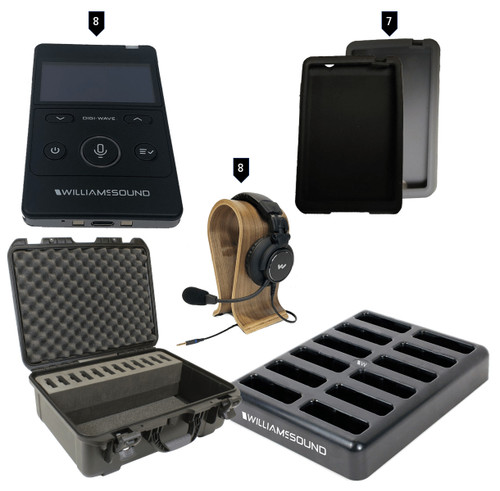 This Digi-Wave 400 Series Wireless Intercom System is for up to 8 participants.

The transceiver in the system is DLT 400 from the Digi-Wave™ system. It is a digital spread-spectrum (DSS), simultaneous two-way wireless listening system. Using a frequency-hopping algorithm, it avoids interference and is a very secure method of communication. The Digi-Wave communication system allows users to listen and talk to one another wirelessly in a variety of scenarios. Headset microphone MIC 157 is another component to this system. It is a single-muff headset microphone with TRRS 3.5mm plug for use only with the Digi-Wave transceiver DLT 400 (included).