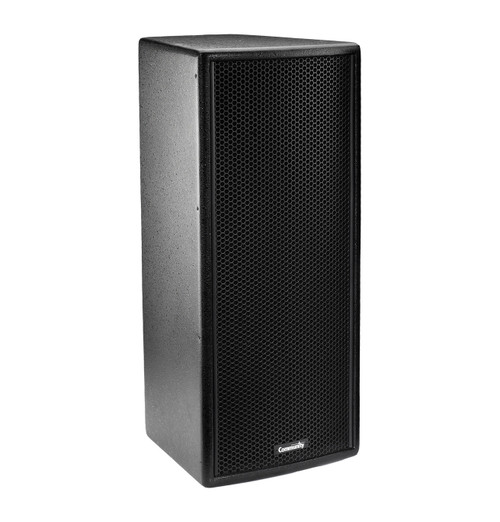 The V2-28 is a two-way, full-range loudspeaker system suitable for use in a wide variety of fixed installations. This versatile unit is ideal for distributed systems such as those found in cafés, restaurants, shopping centers and airports. With its powerful dual cone drivers, the V2-28 provides additional low frequency and midrange output over that of its sister product, the V2-8. When paired with a subwoofer such as the V2-212S, a V2-28 system will produce high-fidelity, broad spectrum sound that belies its modest size. In addition to distributed systems, the V2-28 is an excellent choice for ancillary delay applications. When used to augment a front-of-house system in venues such as auditoria, theaters and houses of worship, delay loudspeakers can significantly even out the difference in sound pressure level from the front of the room to the rear of the room. Units may be positioned for underbalcony fill, overbalcony fill, or simply placed towards the rear of the seating areas. By deploying V2-28 loudspeakers in such a manner, the system designer will have far greater control over relative levels and relative tonal response when commissioning and equalizing the installation.

The V2-28 may be mounted to a wall or ceiling surface using its included yoke bracket, suspended from its M6 threaded rigging points, or installed using a third-party mounting device. It includes a rotatable horn design that allows optimal dispersion in either vertical or horizontal mounting positions.