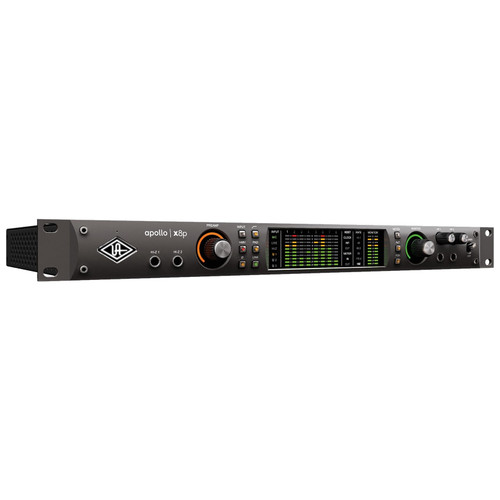 Apollo x8p’s proven A/D and D/A conversion gives you the same elite-class sound heard on thousands of hit songs and hundreds of chart-topping albums. Widely praised for its open, natural sound, Apollo's converters give you the perfect palette to paint your sonic colors.

With its eight onboard Unison™ preamps, Apollo x8p is the only interface that lets you track large projects in realtime through preamps and channel strips from Neve, Manley, API, and dozens more, giving you the same rich analog texture as the hardware used on decades of iconic music.*

The new Apollo Heritage Editions deliver a premium software suite of 5 or 10 award-winning UAD plug‑in titles — including the full Collections from Teletronix,® Fairchild,® Pultec,® Helios,® and UA — conveniently packaged at significant savings. These are the same UAD plug‑ins that built UA’s reputation for analog modeling over the past decade — including vintage compressors, EQs, mic preamps, and reverb — giving you the most accurate library of classic analog emulations anywhere, right out of the box.