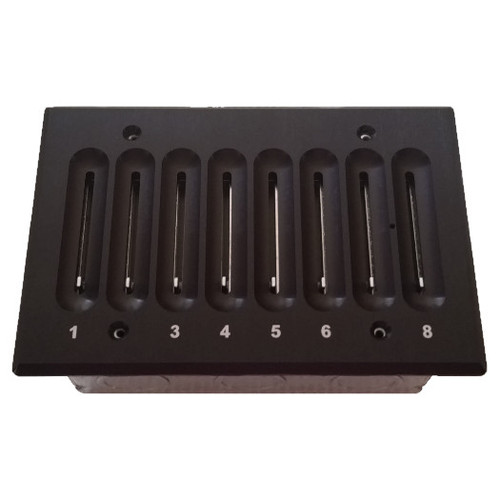 The Preset 8 is a lighting control station that stores eight preset looks. Each look, or scene, has an associated slider that adjusts the light levels for that look. The preset looks are recorded into the Preset 8 by capturing the output of any DMX512 console.

Preset 8 systems may consist of single or multiple stations. Systems with multiple stations utilize a Main/Remote concept in that the looks are recorded into the Main stations with the remote stations controlling some, or all, of the levels.

A common “doorbell” transformer can be used as a power source for the Preset 8 Architectural version. The Doug Fleenor Design model XFMR can be used to power up to four Preset 8 stations. The Preset 8 Portable and Desktop versions comes with a built-in power supply.