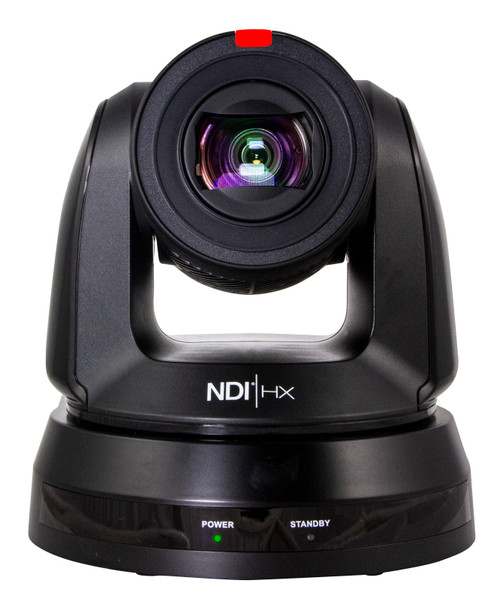 Featuring NDI®|HX with simultaneous HDMI and 3GSDI from a professional level 8-megapixel UHD sensor and smooth synchronous movements. At its core, the CV630-IP packs a powerful 8-megapixel 1/2.5" sensor capturing up to Ultra-HD 3840x2160p video at 30fps, with support for HD resolutions.

The CV630-NDI is equipped with synchronous pan, tilt, and zoom motors for smooth and silent camera movements during operation. A 30X optical zoom block provides flexibility from 4.6mm to 135mm, with a nearly 70-degree angle-of-view at its widest through close-ups at long distances.

Multiple simultaneous video streams are available over HDMI, 3G-SDI, and NDI®|HX. Install one-cable to camera with NDI®|HX for all functions, simple connect to any Ethernet port - THAT'S IT - or use Ethernet for Power/Preview and other outputs (3GSDI/HDMI) for simultaneous workflows for streaming, production, or archiving.

The CV630-NDI offers easy control over broadcast settings controllable from NDI® Tools such as NDI Studio Monitor and other NDI® Tools which opens the ability to integrate more networked video sources into your production workflow. Additionally, the CV630-NDI is compatible with Marshall's VS-PTC-IP PTZ Camera Controller, providing intuitive adjustment of pan/tilt/zoom, pan/tilt speeds, white balance, and more with one button dials and rocker control.