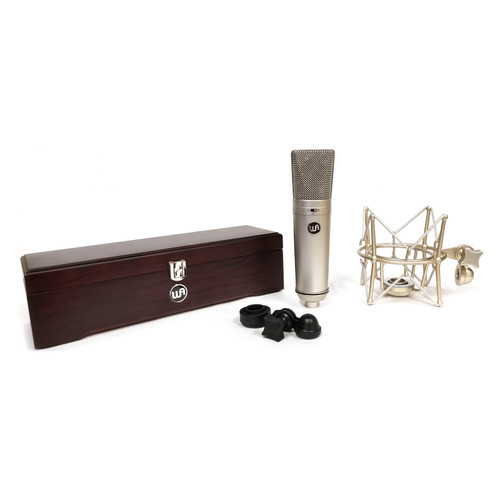 The classic ‘87 is arguably the most widely-used large diaphragm condenser microphone in popular recording history. The WA-87 from Warm Audio closely follows the early circuit designs that date back nearly half a century. As is true with many classic microphones, engineers who have worked with different versions of these microphones often prefer the warmer, more forgiving nature of the earlier commercially available models. The desire to re-introduce the warm tone of this classic mic at an affordable price to an all new generation of recording artists was the inspiration behind the WA-87.

The WA-87 features all discrete, premium components such as Fairchild FETs, tantalum, polystyrene, and WIMA film capacitors, and is rounded off with a CineMag USA output transformer. The WA-87 proudly uses our own Warm Audio WA-87-B-50V custom capsule reproduction stylized after the classic K87 dual backplate/dual diaphragm capsule found in the early ‘87 microphones.