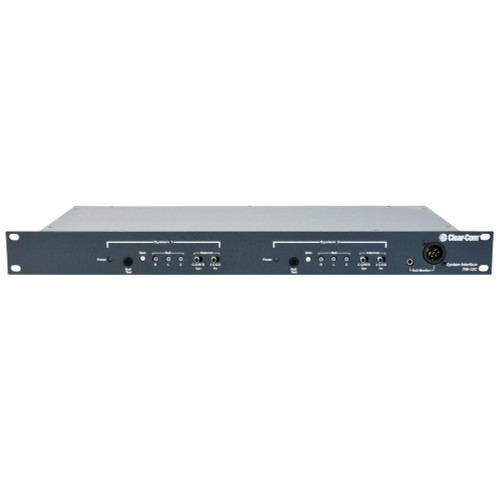 The unique TW-12C completely eliminates hums and buzzes caused by ground loops. The TW-12C compensates not only for level differences between systems, but for varying impedances caused by transformers and capacitance on the lines. The TW-12C provides an electrically isolated interface between the two intercom systems. Either “side” of the interface can connect to a Clear-Com intercom system or an RTS intercom system, allowing Clear-Com- to-Clear-Com, Clear-Com-to-RTS, and RTS-to-RTS combinations. In addition, the TW-12C passes through and translates “call” signals, Clear-Com-to-RTS and vice versa. The interface consists of two identical, 2-wire-to-4-wire hybrid networks which break the ground loops that occur when two systems are run from separate power sources. The audio paths are transformer-coupled and the signaling circuits are opto-isolated.

The operator can quickly set up the TW-12C by using a standard intercom headset and the TW-12C’s built-in setup tone. The TW-12C is capable of a range of null adjustments, allowing it to adapt to a wide variety of line conditions, line lengths, and impedances. The TW-12C provides each side of the system with null adjustment controls that allow adjustment even when the system is operating. The rear panel of the TW-12C contains a pair of 3-pin XLR connectors (one male, one female) for each side of the interface.

Each side of the TW-12C is powered directly by the intercom system to which it is connected. The unit draws about the same amount of power as a belt-pack. If either system is disconnected, the power loss immediately shuts down the associated electronics, eliminating any unwanted noises on the operating intercom side. The TW-12C front panel provides an LED power indicator for each side of the interface.